“Get down off that counter right now!”

This was embarrassing. Here I was, a counselor with years of experience working with oppositional children, with all eyes on me as I stepped into the losing end of a power struggle with a 6-year-old in the middle of my waiting room.

“I said get down right now!”

She was totally right. I couldn’t make her. I was desperate, and it was showing.

“Get down now or you don’t get to pick from the prize bag.” 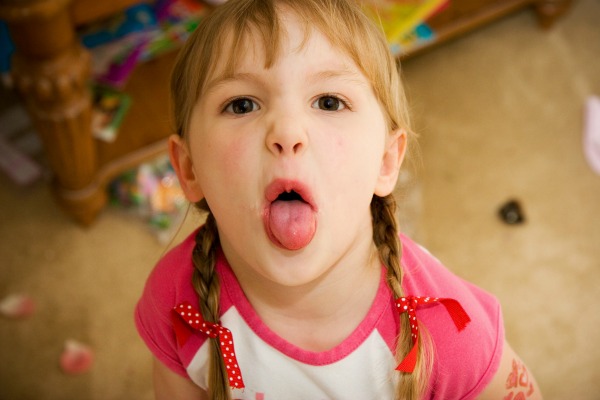 That was the truth. She literally did not care about the prize bag…at least not at that moment.

“If you don’t get down now, mom is going to give you a consequence.”

Another truth. This kid wasn’t phased by the consequences her mom gave her because the joy of the behavior was worth more to her than the threat of any consequence.

Like a typical strong-willed child, she wasn’t affected by any of the commands or threats that I was throwing her way. Despite my obvious failure though, I kept at it.

After countless more demands and threats failed, it dawned on me. Why do I keep telling her what to do?

She knows what she’s doing is wrong, so what value am I adding to this situation by saying my direction more sternly, with increasing threats of consequences?

So, I changed my tone.  I looked at her and smiled.

“We had such a great time together today. I’d hate for my last memory of you for the week to be you standing on this counter and arguing with me.”

Her demeanor instantly softened, I was finally able to connect with her.

After a few short minutes, she was on the ground and giving me a hug. 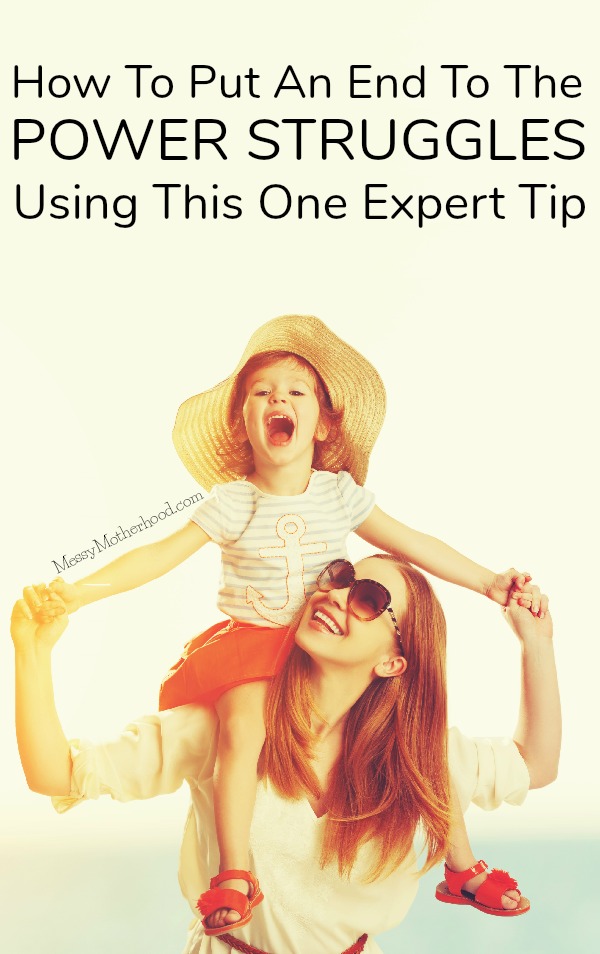 What We Say To Our Kids Matter

In this situation, I had forgotten that the words I use with kids really matter.

Most kids–just like adults–don’t want to be micromanaged, yet that’s what I was doing.

I just kept pushing harder and harder, instead of trying to change the way I talked to this kid, knowing that she doesn’t like being told what to do any more than I do!

Recently, I attended a keynote by Teacher Tom and he shared a very alarming statistic:

Approximately 80% of the words that adults say to children are commands.

That means that 8 out of every 10 words we say to kids are telling them what to do and how to do it to meet our expectations.

No wonder these little explorers of the world like to argue with us so much. What other option do we give them?

As adults, we think that it’s our responsibility to tell kids when they’re doing something wrong and how they should correct it.

And yes, correcting our children’s behavior is important, but does it need to be 80% of our interactions with kids? Definitely not!

After working with plenty of strong-willed kids, I’ve learned that the more commands I give, the less cooperation I get. 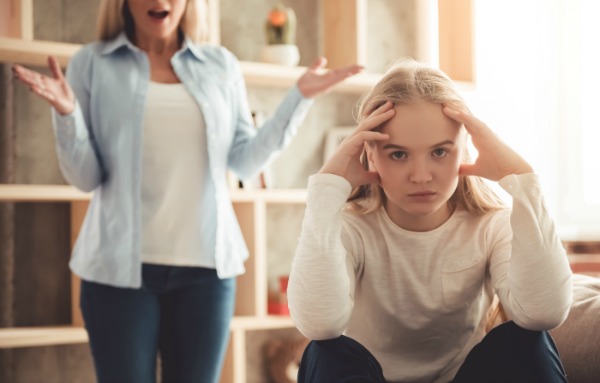 So how do I find the words to use?

“Oops, it looks like you knocked over the glass on the counter”

“Clean that mess up that you just made.”

“Stop leaning on the game board; you’re knocking everything over.”

“Go to your room right now!”

You might be surprised to see how much quicker your child responds to a statement about their misbehavior when it’s pointed out in clear, non-threatening words.

I’ve seen kids who are defiant and argumentative respond to phrases like, “It looks like there’s still one more book on the ground,” or “The sand is all over the floor”, or “That baby looks out of place over there” when they haven’t responded to commands such as “Clean up after yourself” or “If you clean up, I’ll give you a prize.”

When we use statements like these, instead of commands, we open up the conversation with our kids.

Saying “Cleaning your room must be hard for you. There’s still a lot of cleaning to be done in here…” led to a conversation about what makes this process hard for him and how overwhelmed he feels.

This gave us the opportunity for us to come up with a better plan for cleaning his room.

Saying, “How many times do I have to come in here and tell you to clean your room? If it’s not clean the next time I come in, then no iPad tonight…” led to a power struggle that lasted all night, with tantrums and a mom who desperately wanted to bring back the iPad for her own sanity.

Using simple statements like these can lead to more productive conversations about the behavior is a problem, without the power struggles. 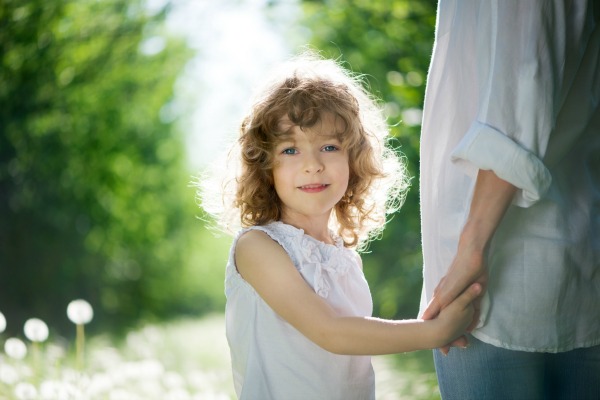 Consequences do still exist, but they’re natural instead of parent-imposed.

Now don’t get me wrong…using simple statements like this won’t solve all of your problems.

While this technique won’t solve all of your problems, it will change how you and your child respond to their misbehavior. It will lead to…

Try this technique out for yourself, but don’t feel bad if you have a hard time transitioning from the 80% commands mode. Since so much of our conversation with kids is giving them commands, it takes some time to transition out of that habit.

It’ll take you awhile and that’s OK (it took me way longer than I hoped it would, too). But,  once you start to see the benefits of talking to your child in this way, you will find yourself being more consistent with it (and only forgetting every once in awhile, because we’re human, right?).