We went apple picking last weekend and came home with more apples than I knew what to do with.  Being the kind of Mom I am, my first thought was that we should paint with them.

That’s exactly what we did! 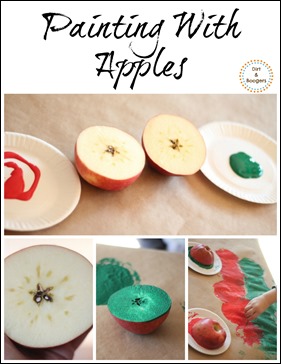 I love how apples make a pretty star when cut across.  I was hoping that J would use the apples as pretty stamps…but, like usual, he had other ideas.

Here’s the really simple invitation. I taped down brown craft paper to our table.   Put some paint into paper plates, and taped the plates down to the paper.  This prevents the plates from sticking to the apples and makes it easier to use.  I cut an apple and placed the halves between the paper plates.

From there, J got to decide how he wanted to paint. 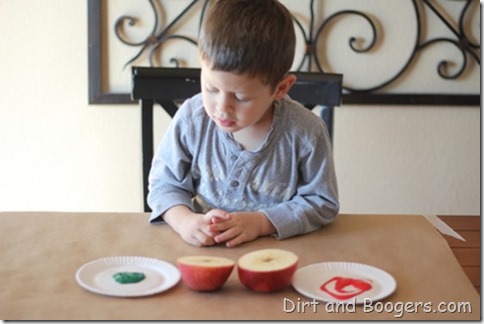 He wasn’t quite sure what to do with the activity, and asked for paint brushes.  I waited a minute and asked him if he could figure out how to paint with the apples. 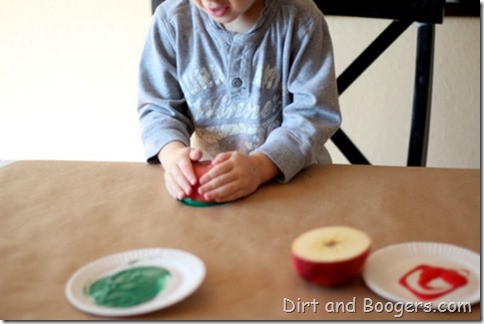 He pretty quickly figured it out, and was off! 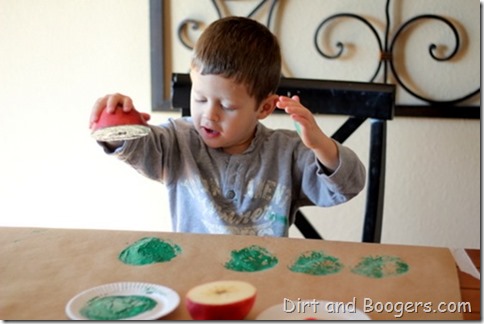 Soon, he decided that he didn’t really like stamping, so he used the apples as paintbrushes instead. 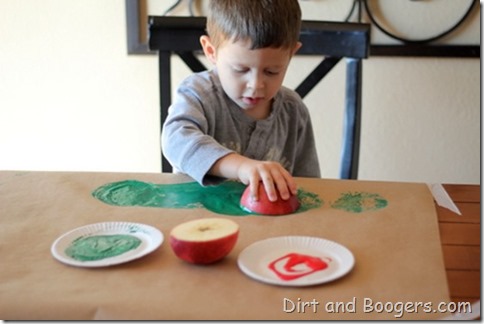 With the red paint, he used the stick of the apple as a handle, 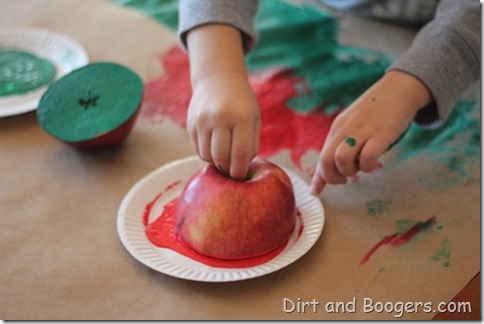 until it fell off.  Then he just used it to draw lines in the paint. 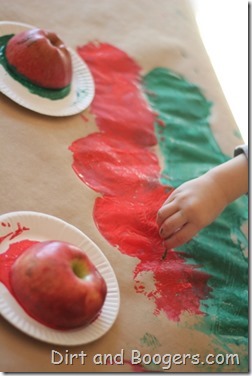 He really liked it when his hands got covered in the paint. 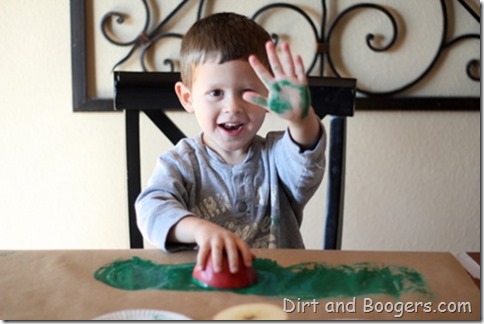 So much so, that he decided that the apples were really unnecessary, and that he’d just use his hands instead! 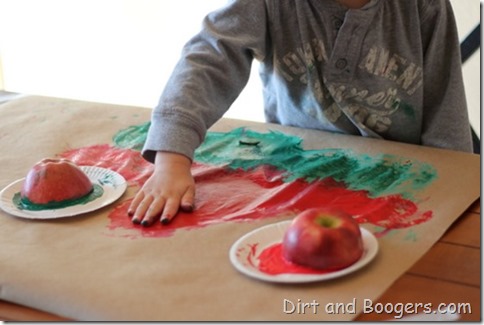 In the end, he declared that he had made the best birthday cake ever and sang me the birthday song.

Like most of our activities around here, I don’t lead his play, or tell him how he’s supposed to create.  I let him decide.  He used his brain a lot in this activity and even turned it into a good sensory experience too!

I didn’t get any of those stars that the apples make, but I’d much rather have cake anyway.