J has become more and more interested in his ABC’s these days.  He sees letters everywhere, but still calls them all S or O.  Because of this new found interest, I’ve followed suit and have come up with some fun ABC games for us to play. 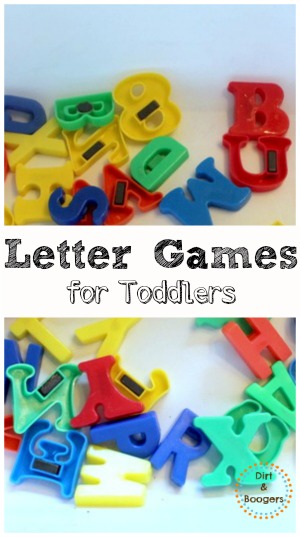 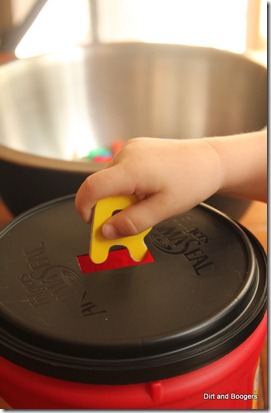 This was a fun way for J to practice the letter S.  I simply used masking tape to make a letter S on a sheet of paper.  I let him paint all over the paper, let it dry, then pulled off the tape.  The letter was left white while the rest of the paper was colored.  I suggest that you use cardstock or a thicker paper.  I used just regular computer paper and it tore a bit when I was pulling off the tape. 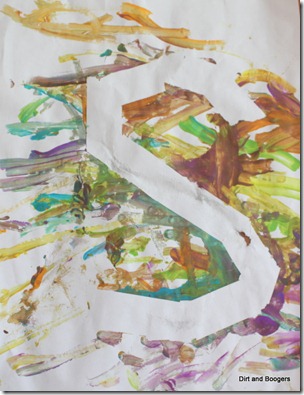 This was a really fun game for J.  I hid our magnetic letters inside plastic Easter eggs.  J opened each egg and found a letter hidden inside.  I named each letter for him as he found them.  We did this game later using the letters of his name…and that was a huge hit.  He really likes spelling his name with us. 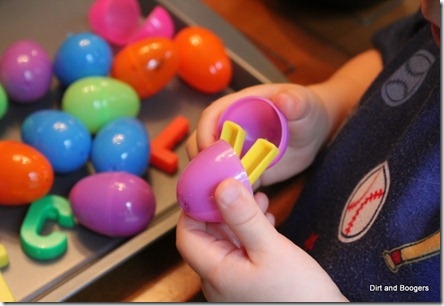 I showed you this tray last week, but I thought it was appropriate to add it here too.  I simply buried magnetic letters in cornmeal.  J searched through the tray to find the letters and then placed them on the fridge.  As always, I labeled each letter for him as he found them. 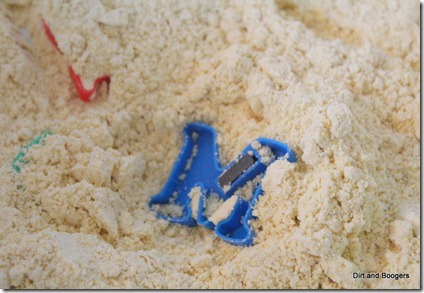 These simple games are great for little ones who are just starting to learn their ABCs.  Do you have any other great ways of introducing letters to tots?