This is one of those activities that I planned on way, but ended up no where close to what I expected.
I started off by mixing up some jello and placing a few cars inside.  I already knew at this point that it was not going to work out the way I wanted it to.  I only had one package of jello and really needed much much more….like at least 4 packages.   I was only able to make a tiny mold and couldn’t fit as many cars as I wanted to.

After the mold was set, I dumped it out on the table.  I really hoped that it would be one solid mold and that J would have to dig out each car. 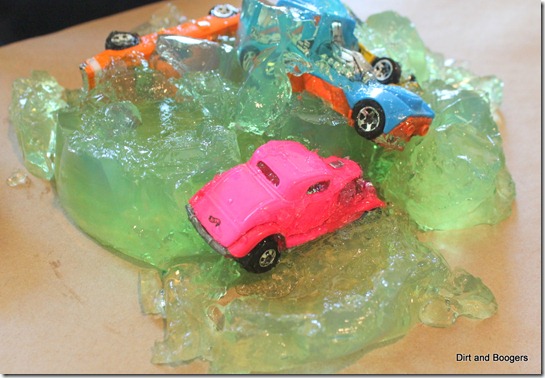 But, it really did turn out ok.  J really liked digging in the jello and playing with his cars.  So, let’s just call this another really good sensory and messy play activity.

Think about it.   J felt the cold, slimy texture and heard the squishy sounds of the jello. 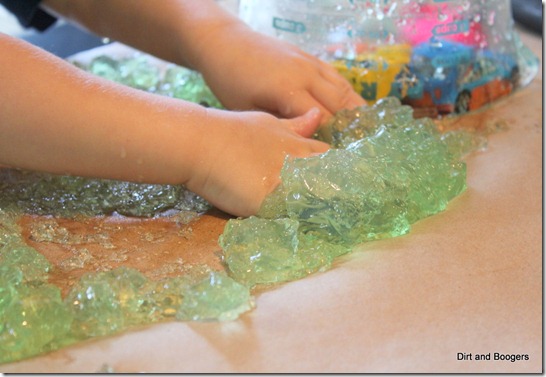 And, he smelled and tasted the yummy sweetness of the jello. 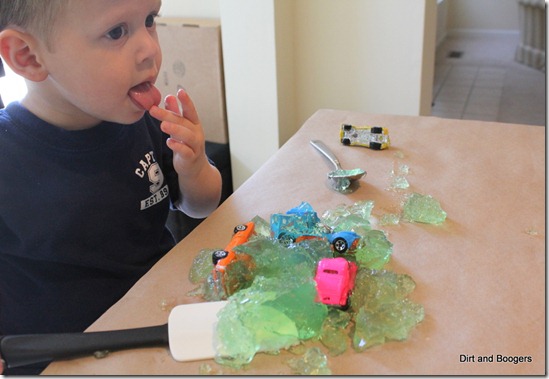 So, I won’t call this a total failure because J still had fun and learned a lot.
Playing with gooey cars is so much fun! 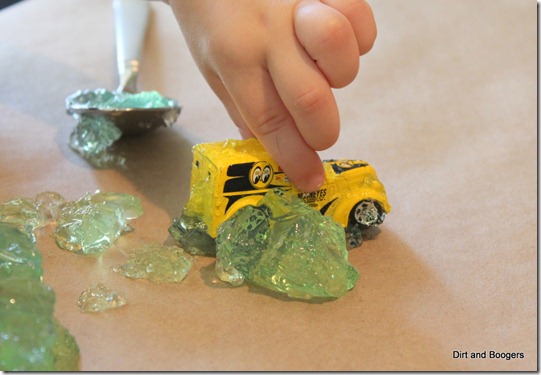 What activities have you done with your children that didn’t quite go the way you expected?