One of the more difficult times of the day for young children (and their parents) are transition times.  You know the times. Like when you tell them that it’s time to leave the park or stop playing to move onto another activity, like dinner or diaper changes.  Often these times can lead to big temper tantrums and complete break downs for little ones. 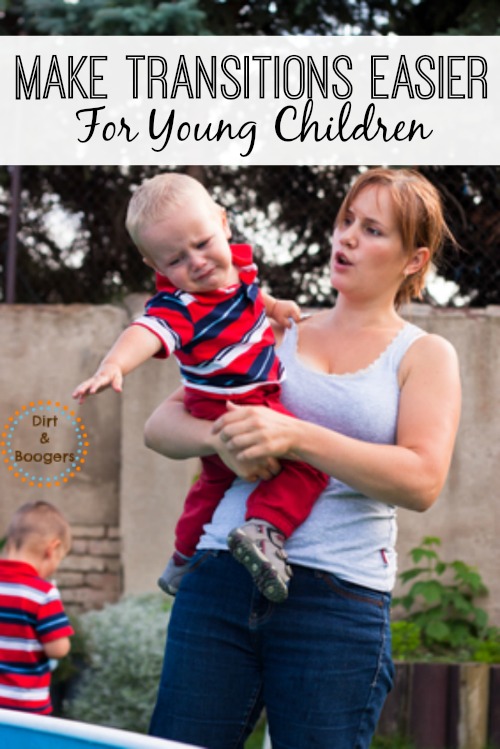 I’ve compiled a few parenting tips to help during these tough times. These tips have worked for me for years with many different aged children.  They aren’t full proof and there will still be times a child has difficulty transitioning, but they sure do make things easier most of the time.

2. Let your toddler choose when it’s time to leave:  Ok, ok, I know this sounds weird, but hear me out.  Let’s look at an example of what I mean:  We’re playing at the park and  I know we need to leave in 15 minutes.  Its now that I give a choice.  I often say “Hey J, do you want to leave the park in 15 minutes or right now?”  This helps him feel like he has a choice in when playtime is over and it prepares him for transition.  More than likely he will say that he wants 15 more minutes.

3. Set a timer:  My timer is now my new best friend.  I set a timer a ton throughout they day, because it works!  After I give him the choice, I set the timer on my phone (I have a simple kitchen timer app, an egg timer works great too).  When the timer goes off, J knows it’s time to go.  The great thing is that it’s not me telling him when it’s time to go…it’s the timer!  Plus, it helps me keep track of time too.

4. Give reminders:  In the 15 minutes that he’s chosen to play I’ll give J  at least 2 reminders that when the timer goes off it will be time to go.  Again, I am preparing him for the transition.

5. Ease the transition:  I don’t ever abruptly end J’s play, or I know a temper tantrum is likely.  I always say something like “Ok, J you had 15 minutes and the timer has gone off…it’s time to go”.  Sometimes this works the first time…not often. I may have to say this a couple of times before he’s ready, but I always try to get him to go on his own.

If he’s having a really hard time transitioning, I’ll give a choice.  “Ok, J do you want to run home from the park, or hold my hand”.

If he still refuses.  I’ll say, “since you chose not to make a choice, you’ll have to hold my hand on the way home”.  Most of the time it doesn’t get to this point, but every once in a while I do have to lead him away. 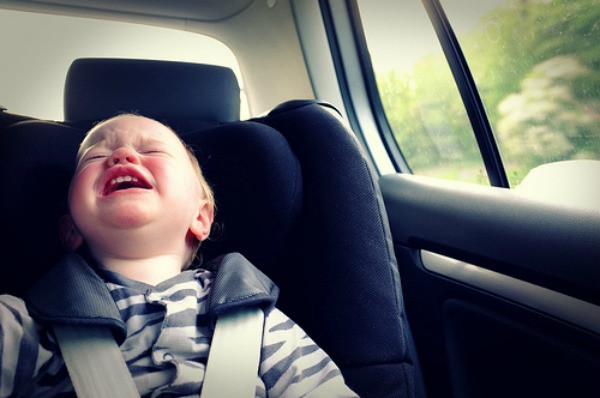 If transitions are still hard, consider these things:

1. Is your family overscheduled and there are too many transitions in your child’s day?  Children need time to play and can get frustrated if they don’t get it.  This can lead to more frustration during transition times.  This post my Little Moments explains it beautifully.

2. Use a transitional object.  Allow your child to take toy that they were playing with in the car or to the changing table.  This lets the child know that you see the importance in what they were doing and the play can continue during the transition.  I often give J a choice on if the wants to bring a toy and what toy he chooses.

3. Have a routines in your day.  The more routines, the easier the transition.  As an example: J knows that he gets to watch 2 tv shoes before breakfast.  He is already prepped and ready to go eat breakfast when that second show is over.  There isn’t much of a fight because it’s the same thing every morning….it’s predictable.

4. Pay attention to their basic needs.  A hungry and tired child will not transition as well as a rested, fed child.

5. Stay calm.  The calmer you are, the calmer your child will be.  This is so true during transitions.  Instead of yelling and pushing your child to move.  Try staying calm and easing them into the transition.  I know that this can be easier said than done, especially when you’re in a hurry, but you will get out of the house sooner and with a calmer child if you can stay calm too.

Do you have any other tips on transitions that work for you?  I’d love to hear them!

Here’s another great post by Toddler Approved with some other great ideas on toddler transitions.

Click the picture below to register for this free webinar!