J, who is 3 years old, is really big into sorting his toys by their attributes.  He’ll sort by type of toy, color, size, or really anything at all.

I took this current love of sorting and put together a fun invitation to play for him.  I gathered a few sheets of felt and added some letter stickers to spell out the name of the colors.  I then placed them on the carpet and added some masking tape to make a graph. 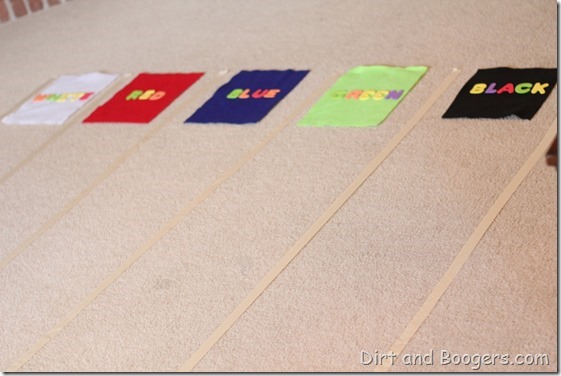 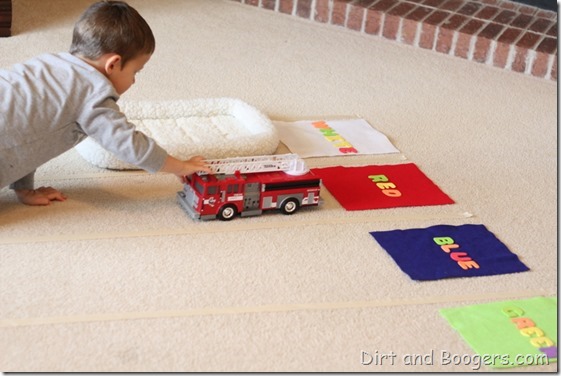 It took a while, but he finally filled up each column with the right colors. 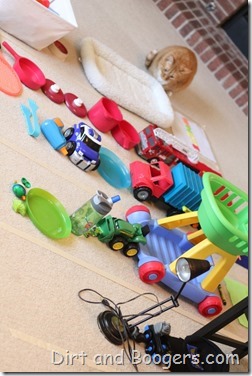 He was very proud of himself, and said he wanted to do it again, but with only things that have wheels. 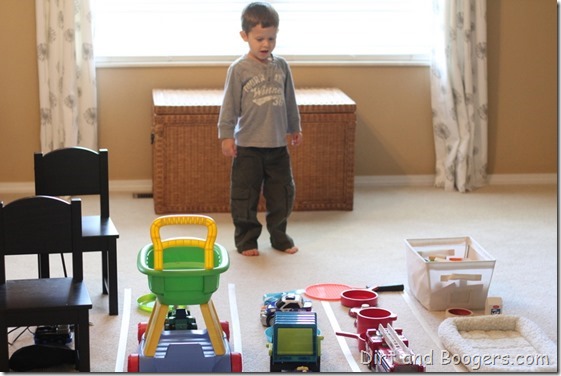 So, I gathered all of his cars from around the house (and car). 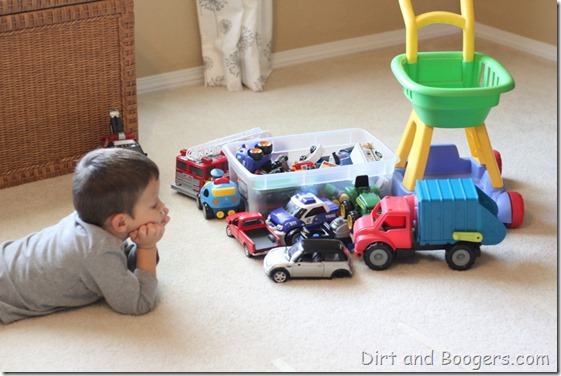 He spent the next HOUR gathering, sorting, and lining up all his cars in the right color columns. 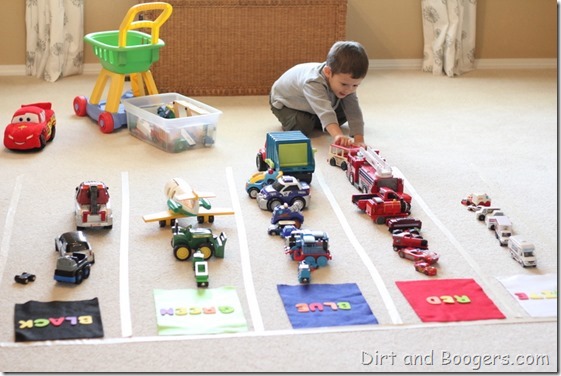 Some cars had multiple colors on them, so I let him chose what column then went in.  He picked a color on the car and placed it in the right column. 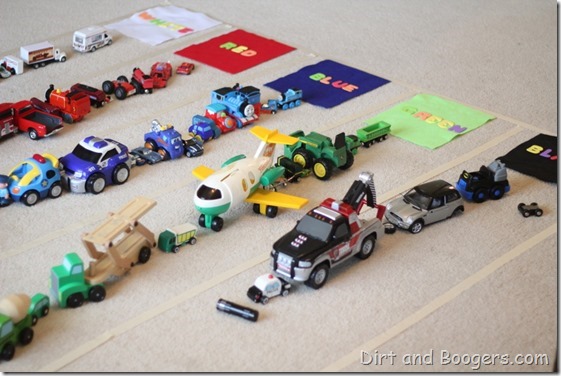 This activity is educational, kept his attention, and was really fun for him.  I think we’ll be doing this again!

Here’s a tip for you.  If your child doesn’t like to sit and do educational stuff like this, make it big and find ways so that they can use their whole body.  Kids like to move, so get them moving!

I know that this probably would have not worked if I had set up something smaller on a table.  You see, J gets more involved in play when he can use his whole body.  The fact that he could pick up, push, carry, crawl, etc., kept him engaged and interested.