J has been obsessed with going downtown since we took a train there a few weeks ago.  So, on an exceptionally rainy day, I decided that I needed to make him his own city. 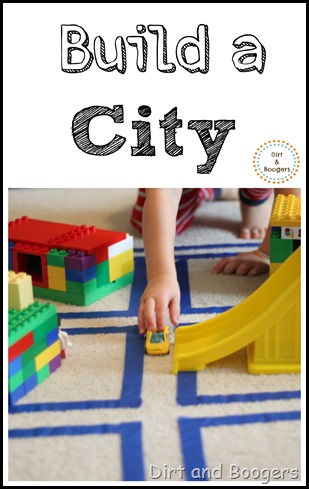 It was pretty simple really, even though it took a bit of time.  All you need is a roll of tape (I used blue painters tape), cars, some blocks or things to build with.

I started off by taping down double lines for roads and made a grid on the carpet in his playroom.  Then I cut out the places where the roads intersected.  This made squares that I turned into city blocks.

I then filled a few of the blocks with a train station and a one building out of Legos. 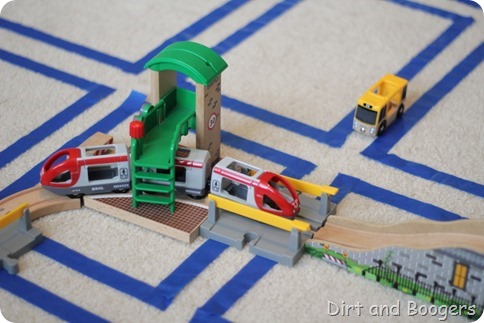 That is all I built for him and I left the rest of the blocks empty so that J and I could build his city together. 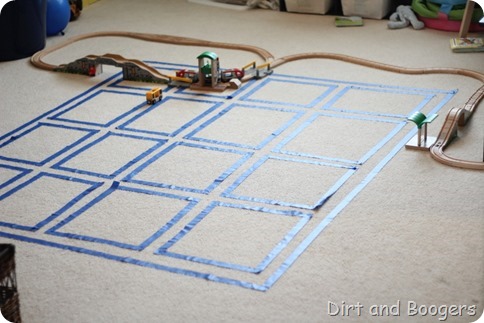 And build he did! 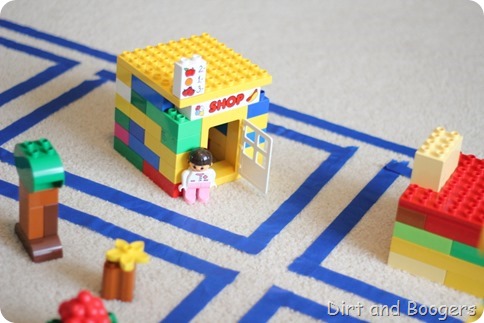 We built a shop, 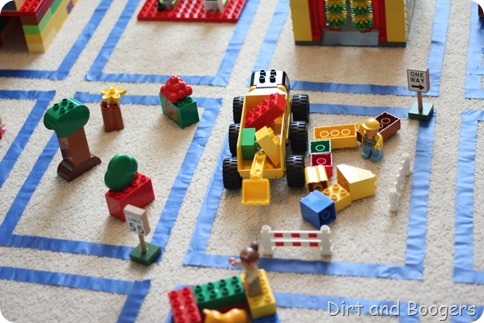 a park, a construction site, 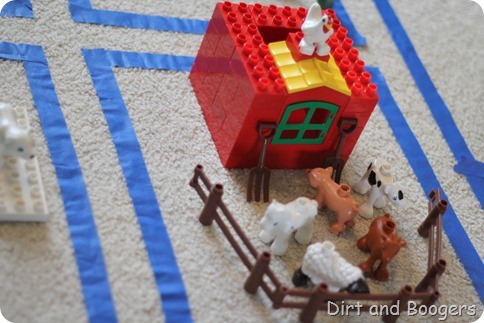 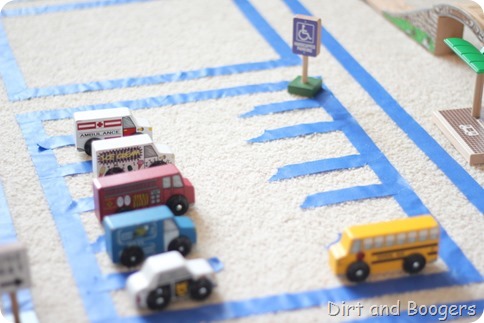 There was also a parking lot,

an airport, and even a skyscraper!  He added a few more buildings, a gas station, hospital, rescue center (with police and firefighters), and a Zoo.

In the end, we had quite the city. 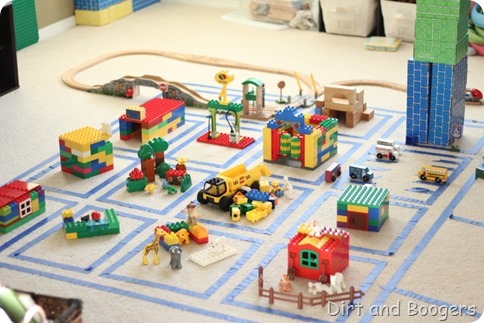 We spent most of the morning building and the rest of the afternoon and the whole next day playing in the city. 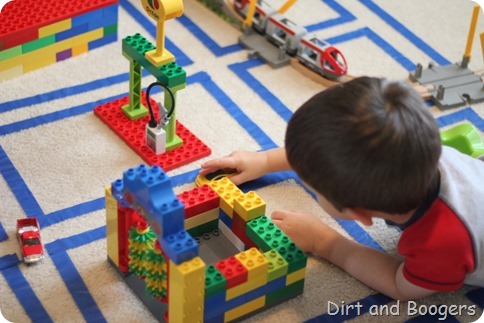 I don’t usually do really big activities unless I know that they will have big results.   It took me half an hour to get this thing set up, but considering he played with it for two days, that thirty minutes was totally worth it.