The other day I was at a baby shower for a friend of mine.  A guest shows up late and loudly exclaims

“I’m sorry I’m late, but my kids were being such assholes!”

She laughs and continues on about how her children just feel the need to be “needy little bastards”.  As she’s saying this she’s laughing and encouraging the other women in the group to agree with her.

I’m standing there, with a fake smile on my face, trying not to seem shocked.

You see, I have a very hard time when parents speak so negatively about their kids. 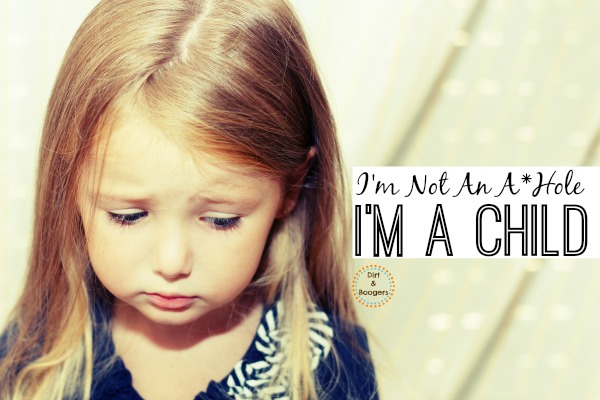 Our Thoughts Become Our Actions

Throughout my time working as a therapist, I’ve learned how powerful our thoughts are.  When we attach negative thoughts to things, we will treat those things worse than if we think positively about them.  This is true for ourselves, our husbands, and our kids.

If we think that our kids are assholes and bastards, we will treat them as such.  We will not have as much patience, we will not be as kind, and the relationship can easily be strained because of it.

Even though I know this Mom is struggling, I can’t help but think that if she was able to change her thought patterns that she might have an easier time with her children.

For me, I try very hard to respect the people in my life. This means that I speak about them in a respectful manner.

Calling anyone in my family an asshole or bastard to someone else is not respectful at all. If I wouldn’t say those things with them standing in front of me than I won’t say it to a group of people.

The last thing I want is for people to have negative impressions of my kids before they even meet them.

If I go around calling them names and telling everyone about how horrible they are, I’m setting them up to be disliked before they even have a chance. 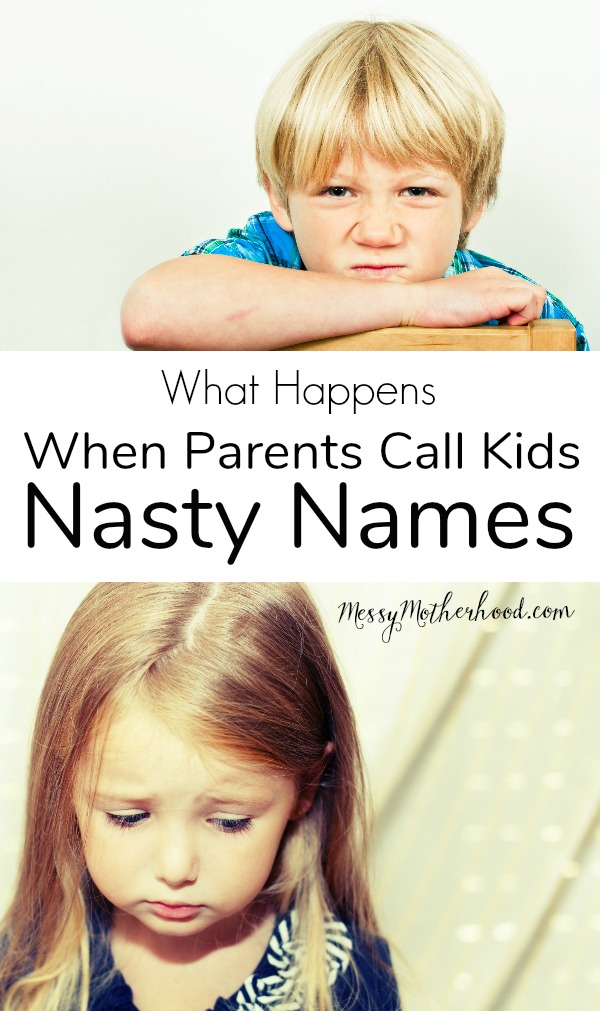 Sometimes We Need to Vent

I know that this Mom was just trying to vent.  I get that.  Parenting is hard and sometimes we need to talk about it.  However, I think that it’s important to look at a few things before we start talking negatively about our kids.

Who to vent to.

Venting to a bunch of people at a baby shower, some of which were strangers, may not be the best group to vent to.  At this point, I didn’t know her, I didn’t know her kids.  All I saw was a Mom calling her children terrible names and thinking about how horrible her kid’s behavior must be.

If you need to vent, find a safe person who knows your kids.  Someone who won’t judge you and can be supportive of you.

Vent about the behaviors, not the child.

There is a big difference between talking negatively about a child’s behaviors and calling them names. “She’s just so bossy!”  “He’s such a brat!”   When we talk like this, we assign them character traits, and it changes our thoughts about them.  We put them, as a person, in a negative light.

Venting can actually be productive if we focus on behaviors rather than character.  It’s good to talk about the behaviors in our children that we don’t like.  We can talk things through, we can get advice, we can make a plan, and we can change things.

We can work on deescalating tantrums, bedtime struggles, power struggles, nasty words, not picking up toys, and a myriad of other behaviors we don’t like.

Make sure your kids aren’t around

I’ve been around several parents who talk very poorly about their children on play dates, at the park, and other play spaces when their kids are around.  Some even name calling, like the mother at the shower.  Their children are there.  Sure, they are “playing” but you never know what children overhear.

How would you feel if you heard the person you loved the most calling you names?  It would probably crush you.  So don’t do it to your kids.  You never know when little ears are around.

Also, when children hear themselves being labeled as “bossy” “a brat” “stubborn” “lazy” “a liar” “strong-willed” they start to own that label.  They start being the “stubborn kid” that their parent has labeled them.

So I guess what I’m trying to say is, as parents, we need to be careful about what we say about our children.  There is power in our words and our thoughts.