I admit that my relationship with my 3 year old has been “off” for a couple weeks now…maybe even as long as a month.

I’m not sure how it happened.  Maybe the stress of the holidays coupled with a long road trip, and life in general has kept me from focusing on motherhood.

The problem was that I didn’t see the real reason why things were different, but I could feel the difference.

He quit asking me to play and instead played by himself.  I thought he was just growing up and it was a new phase he was in.  Honestly, I didn’t mind, I had time to focus on my to do list.

Now I realize that he was pulling away from me.

Maybe I was pulling away too.

He’s going to be starting preschool soon, and I’ve been having a hard time with it.  So maybe I was backing away in preparation of not having him around all the time.

Whatever the reason, something felt different.

We were in the same house, yet, I missed him. 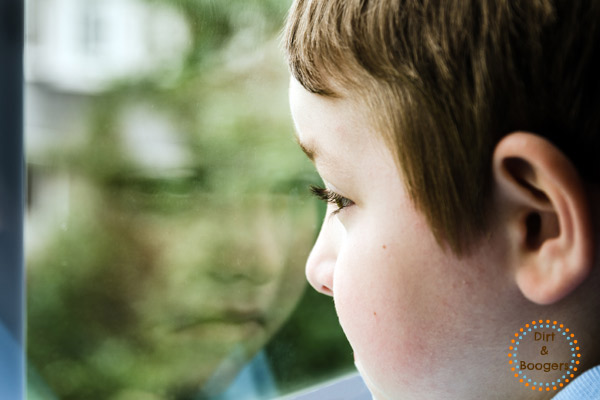 Then he started behaving differently.

He was more emotional, and small things started to set him off.  Things that he’d handle with grace before, now caused melt downs and tears that I just didn’t understand.

Soon, life got even busier with Christmas, traveling, packing, unpacking, putting away toys, and reorganizing.  Which meant I had even less time to focus on him and his needs.

Weirdly enough, I brushed it off.

“He’s been acting weird for a while now, must be a new stage.”

“He’s just becoming more aware of the world and what it means to have friends, and what a family means.  This is normal.”

“He’s just playing with labels, and is trying to figure out what love means”.

After the holidays, things finally slowed down.  I was able to stop and spend time with him.

Things were better, but not perfect.  He still had a hard time with things and yelled at me often.  I was also having a hard time.  I was still yelling, feeling rushed and frustrated.  One morning last week, I ended up yelling about something really small.  When I went to him to apologize, he said, “Mom, it’s ok, I love you again.”

He really meant it when he said he didn’t love me.  It wasn’t just a phase.  He was telling me something I needed to hear and I didn’t hear him.

It tore me up and I cried, right there on his bed with him in my arms.  It told him that I was sorry that I didn’t pay attention to him when he was upset with me and that I would try harder to listen to him.

That was just a few days ago and amazingly enough, my son is back.

He’s more playful, he’s happier, we are more connected, and life is easier.

He doesn’t yell and scream anymore and he’s compliant.  I’m pretty sure it’s because he doesn’t have to yell to feel heard.

I finally heard what he needed me to hear. 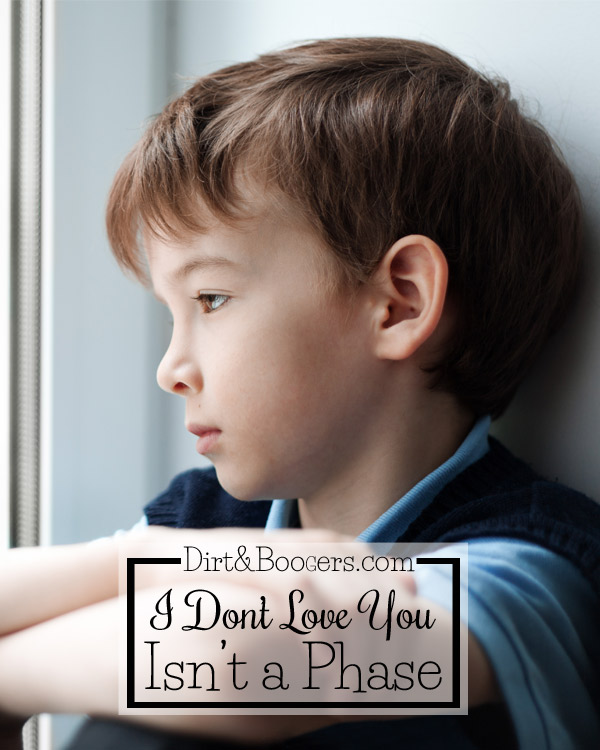