The other day I promised J that I’d put together an activity for him after he woke up from his nap.  He insisted that his cars needed to be part of the fun. 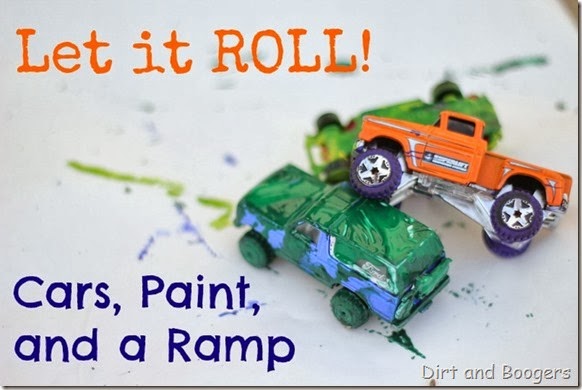 After digging through my craft closet, I was totally uninspired.  The only thing I could think of was painting with cars.  It wasn’t really a hit last time, so I thought I’d add a new element.

He loves running cars down ramps, so I thought that adding one to the activity might make it more interesting for him.

So I set up this fun invitation outside. 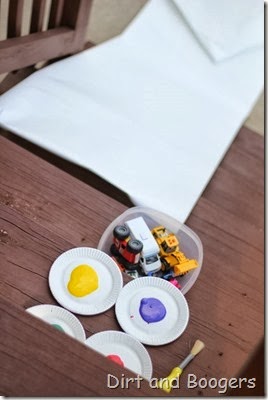 I opened up a cardboard box so that it laid flat, wrapped it in white paper, and placed it against our outdoor steps.  Then, put a bit of paint on paper plates and gathered a bunch of his cars.  I made sure to include a paint brush in case he wanted to paint the wheels instead of dipping them. 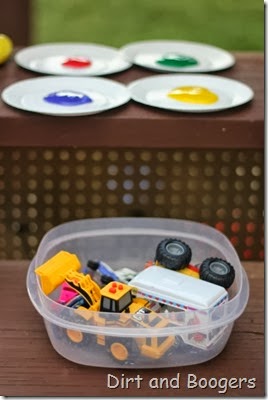 I invited J outside and let him play as he wished.  He first dipped one car into the paint and rolled that one down the ramp. 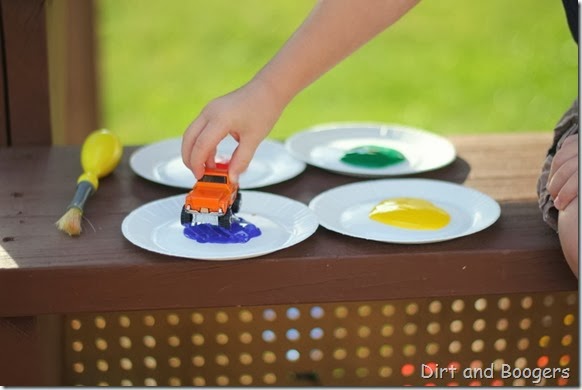 From then on, he used the paintbrush instead. 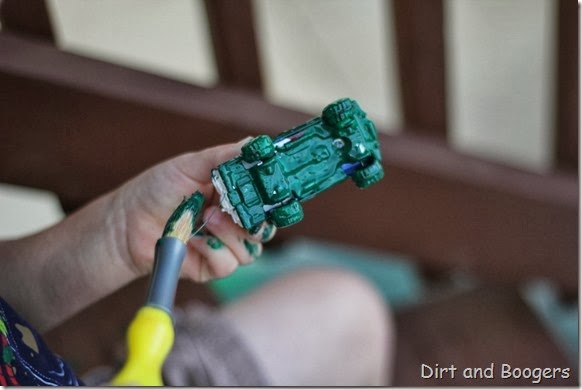 And proceeded to paint each and every car until they were all covered.  He said he was making them into racing cars so that they can race together. 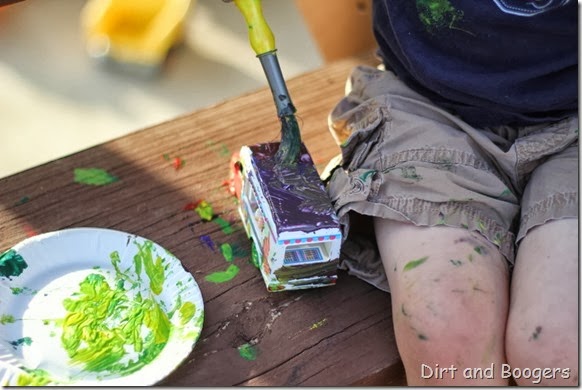 He took his time and spent a good hour painting each car before sending it down the ramp. 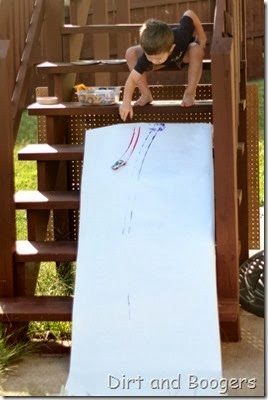 Each car made different tracks and crashed into each other at the bottom.  J thought it was great fun! 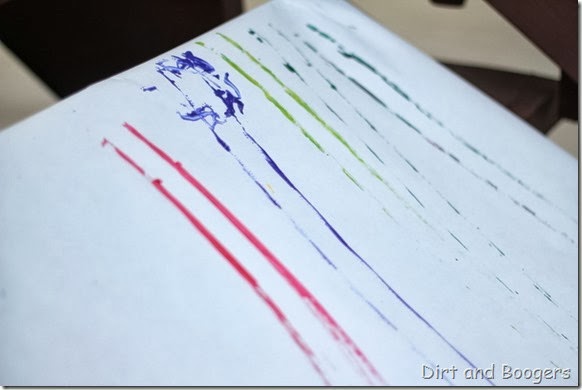 Even though he liked the ramp, he spent most of the time covering his cars with paint. 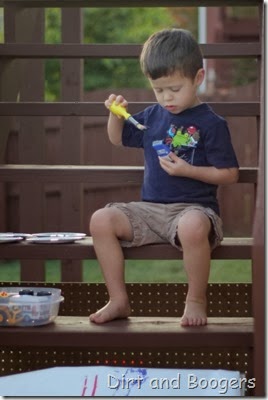 It as amazing to watch him concentrate on his task and to stay engaged for so long.  He painted for a  good 45 minutes. 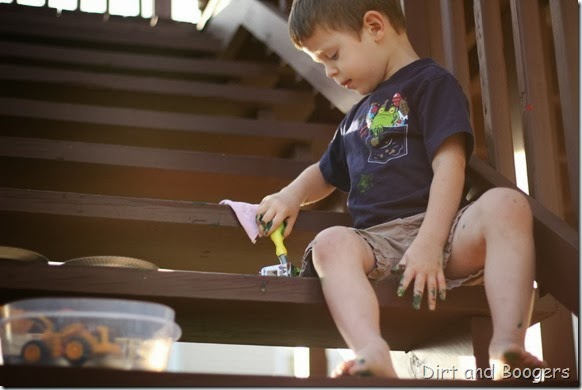 The sun was starting to set, and I had dinner to prepare.  So, I filled up a bucket with water and soap.  I told J that when he was done, the cars needed a bath. 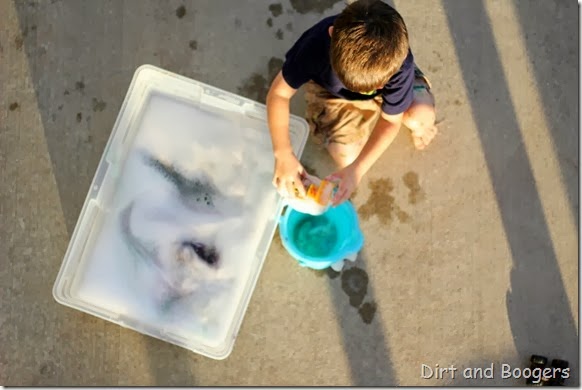 When I called him up to dinner, I found him here.

This was by far one of the most successful activities I have done with him in a long while, and  I just threw it together at the last minute!

Yes, it was a mess, but we used washable paints.   J washed all the cars clean, we hosed down the steps, and gave J a bath.  After a few minutes, everything was back to normal with no hint of paint left behind.