One morning I had planned on doing a bunch of chores and getting things checked off my list.  Somehow…not really sure how…our morning turned into something completely different.  I decided that my dirty bathrooms could wait, and for once my son didn’t have to.  I decided that we needed a “yes morning”. 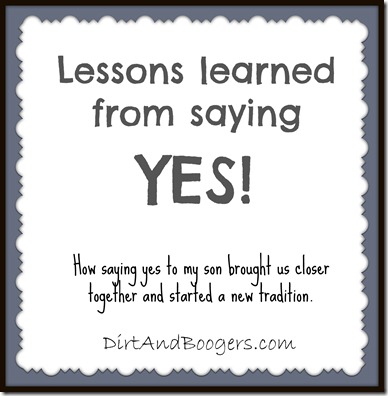 I let him lead the way, and I would just follow.  I would say “yes” as much as possible (I’d only say no for safety reasons).  This is how our day ended up.

We had a splash in the bathroom sink, 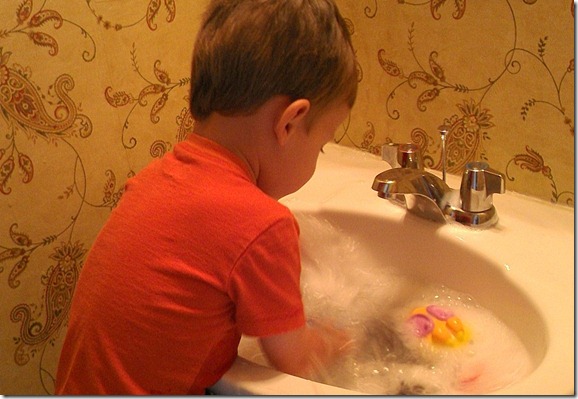 We got colorful with paints, 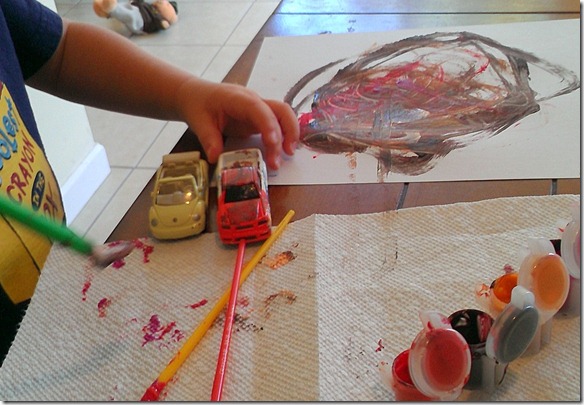 We washed some cars, 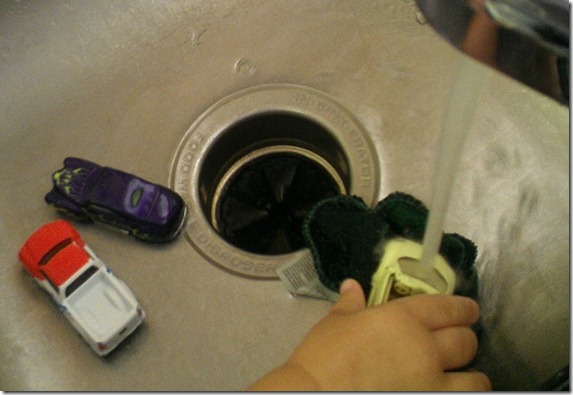 He fixed me up with his Dr.’s kit and made me “all better”,

We walked to the park for a swing, 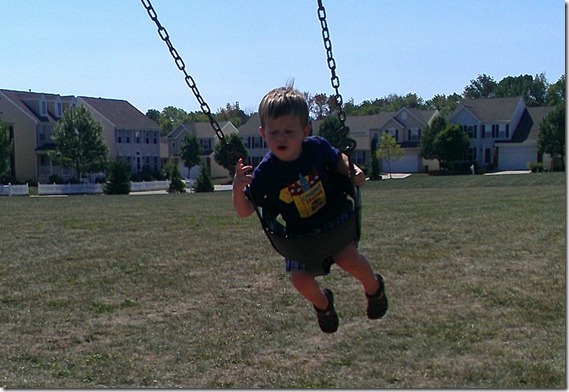 And, we got lost in more than just a few books along the way.

The morning was peaceful and fun for both of us.  No temper tantrums, no Mommy raising her voice, just fun playful times.  Beautiful.

J decided the steps we took while I happily followed along.  It helped me connect with my son and I got to enjoy his play.  I got lost in his world and loved every minute of it.

He got to have a morning of pure control and decision making.  He could make the decisions and have Mommy all to himself without distractions. 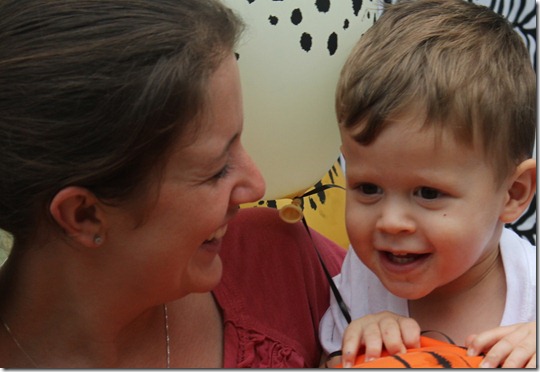 I try to be a “yes Mom” all the time, but I’ve found myself saying “no” more often as he grows older.  It’s not saying no just to the things he’s doing, I’ve been saying no to playing with him more often.  He asks to play, and I say “I can’t right now”.   This particular morning has showed me that I need to refocus and take the time I have with him now, because I won’t have the time later.

My bathrooms were still dirty, but they will be there later. My son will grow and he won’t be two forever, so I need to take the time with him now when I have it. Plus, he is way more important than a dirty toilet, and I want him to know that he is too! By spending time with him and allowing him to play how he needs to play, he hopefully gets that message.

With the new baby coming in January, I know that I will have even less time to spend just with J. So I’ve decided to implement weekly “yes mornings”.  Mornings that are just for him and I to connect, play, and focus on him.  Mornings where he gets special Mommy and J time.  Mornings where he can do his most important work…play!

Do you try to say yes instead of no?  What little traditions do you have with your child(ren)?