As I was putting together a sensory tray for J this week, I ran across a baby food jar of red glass gems.  We used this jar several months ago as a play toy for J.  He loved dumping them out and putting them back in (over and over and over again).

I thought…”hum, I wonder how I can add to this activity?”.  I quickly grabbed three more jars and filled them up too.  Two of them were filled with yellow and green pom poms, and the other one with clear marbles. 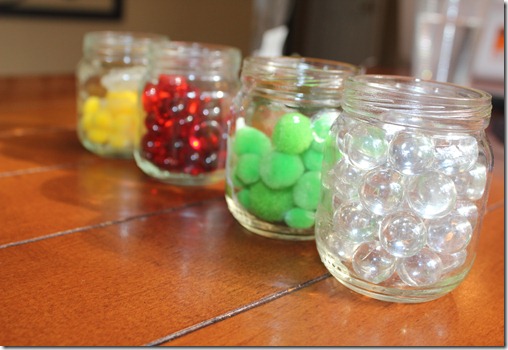 I wanted there to be a difference of texture, weights, and color.  I put them on a cookie sheet so that the marbles wouldn’t roll off the table. 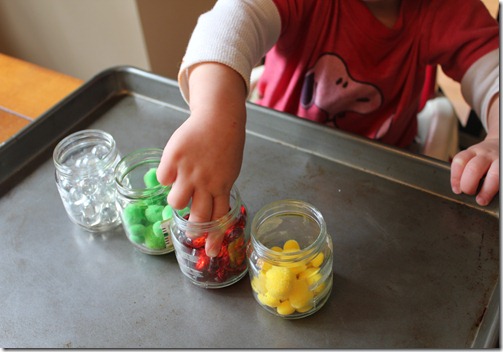 It was a total spur of the moment activity and I wasn’t really sure what he was going to do with them.  Let me tell you, it was an amazing sight to see! 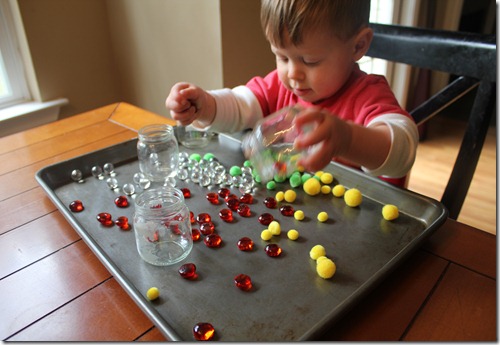 At first he dumped them all out.  I hope he noticed how the marbles made loud noises when they fell and the pom poms didn’t. 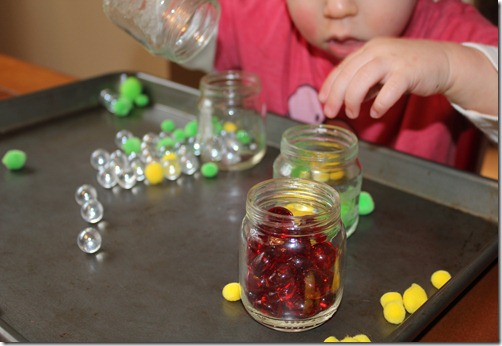 The rest of the time he sorted everything out…kind of.  The red marbles got their own container and the rest he put all together. 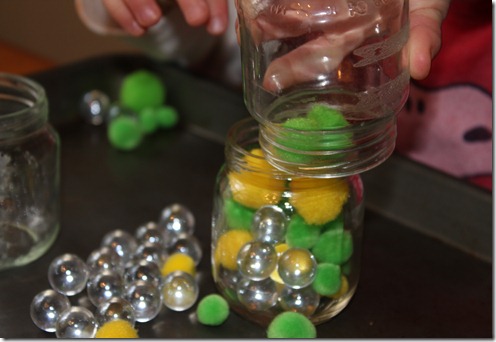 He put the marbles and pom poms into one jar and then dumped it all into another jar. 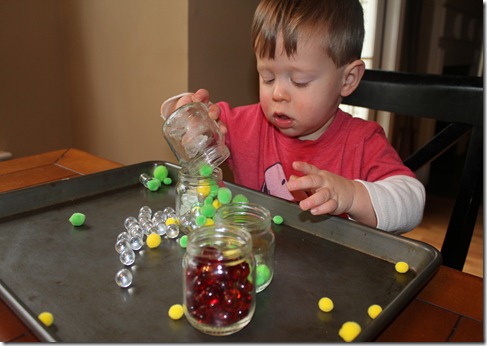 The amazing part wasn’t what he did, it was how he acted.  He was totally quiet…not a single sound was made.  He was so focused on the task at hand that he didn’t even acknowledge my presence for 30 minutes! 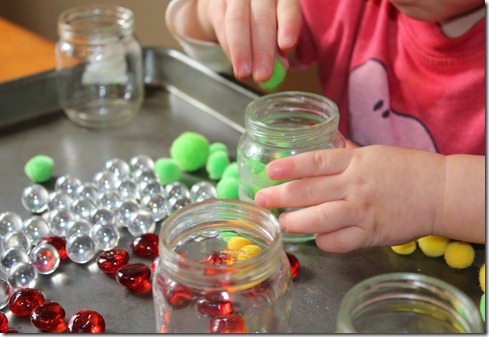 I simply tracked his behavior by saying things like  “oh, you’re putting that green pom pom in the jar”, “now your dumping them all into that jar”, “the red gems go there”, etc..

Statements like these let him know that I am watching and that I see the importance in what he is doing.  It makes me involved without being intrusive or disruptive of his play.

After 30 minutes, he snapped out of his concentration, looked at me, and said “all done”.  The abruptness of it was startling, but I followed his lead and we cleaned up and went on our way.

Who knew such a simple, spur of the moment activity could be so successful?