I’d say that most days are pretty peaceful in my home.  Now that I’m out of my Mom Funk and haven’t been yelling as much. But man…sometimes I just get irritated and end up having a pretty bad day. 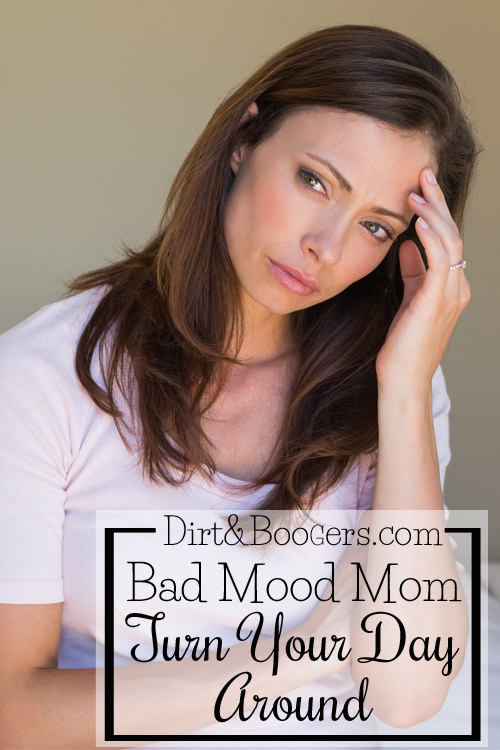 It started off like any other day.  I got up before the kids, had a nice hot cup of coffee.  Breakfast and the morning routine went smoothly. We made it out of the house in time for me to get to my Pilates class. It was blissful.

Then the crap just started happening.

I realized I left my wallet at home, so we couldn’t go straight to the library like I wanted, I had to turn around and swing by the house.  I get to the library, and I discover that I have a fine for that book that’s been hiding behind my son’s bed for over a month.  To make matters worse, my money was in the car, so I had to take both boys out to the car to get it so I could pay my fine so we could check out our books.  My toddler kept running off…in normal toddler fashion, while my 4 year old kept asking me every question under the sun.  My library book bag breaks when we get to the car and the books dump out in the parking lot while I’m trying to buckle in my toddler.

And the next few hours just continued that way.  One small thing after another. I got frazzled…so frazzled…and quite mad.

When I get like this I don’t respond to my children in the most loving of ways. I’m not as patient and as kind to them as I like, and they get the brunt of my frustrations. Sometimes I even end up saying it was their fault that I got so angry that day.

But you know what?

When I look back at the day, they did nothing wrong.  It was me and my attitude that made the day hard.

This situation seems to happen to me every once in a while, and I’ve become more aware of times when I’m just angry at the world and not really angry at my kids.

So how does a parent turn a bad day around? Here’s what I do:

Stop, just stop moving and ranging for a minute, take a breath and acknowledge to yourself that you’re in a bad mood. Then realize that it’s okay to be in a bad mood.

I often slip in a bit of guilt about how I shouldn’t be in a bad mood and that my kids deserve better, and that I’m a terrible mother for being so grumpy…yada yada yada.  This, my friends, is not helpful.

What is helpful is to say something like “I’m having a really hard day today, and that happens sometimes, I am human”.

Take a moment and figure out where your bad mood is coming from.

Sometimes it’s just a series of little things that build up into one really frustrating day.  Sometimes it a stressor that is in the back of your mind that you can’t deal with at the moment. Sometimes it’s a lack of sleep or feeling sick.  Sometimes it’s trying to do too much all at the same time.  Often times for me, it’s running late.

You know what it’s usually not?  The kids.

Often times I get frustrated and frazzled and my kids get the brunt of my anger.  But, when I look back, they are just being them and their behavior isn’t any different than normal, I just don’t handle the little annoyances as well as I normally do.

Find a way to center yourself.  Stop multi-tasking and focus on one thing.  Just one.

Hide in the bathroom with a good book for a minute.

Reconnect with your kids and play together

Go outside for some fresh air

Have a cup of coffee or tea

Whatever you choose, be present in the moment.  Put down your devices and be present.  Get centered and focus.

Most importantly change those negative thoughts into positive ones.

Bad days are going to happen and we’re going to get frazzled now and again.  But, it’s how we handle those feelings that really matters.

It’s up to you to turn it around. It’s not hard, but it sure takes effort.