We have played with Playdough off and on for about a year.  It’s never been a really big hit with J.  It’s something he will play with, but it just never kept his attention for more than a few minutes at a time.

I love playdough, even as an adult, and was not about to give up on the wonderful stuff!

Well, fast forward to Christmas when J received a few Chuck & Friends Playdoh kits.  Let me tell you, it changed the way he played with play dough! 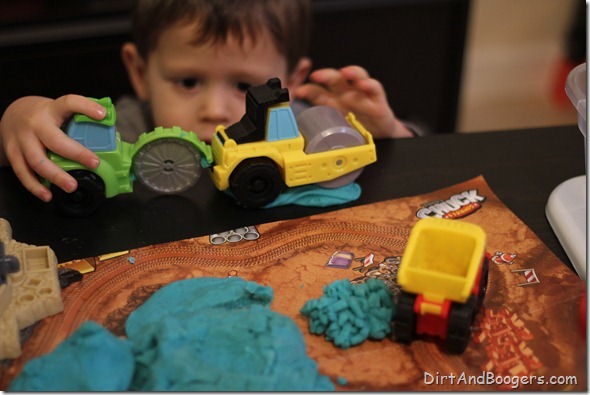 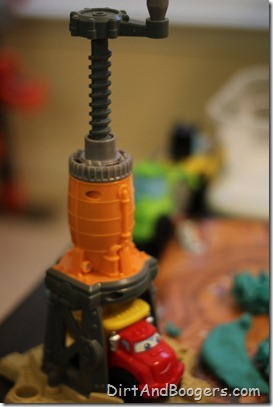 J loves anything and everything that has to do with construction, so these were an immediate hit!  Since then, we have been playing the heck out of playdough!

He included more “boy toys” into his playdough play…tools! 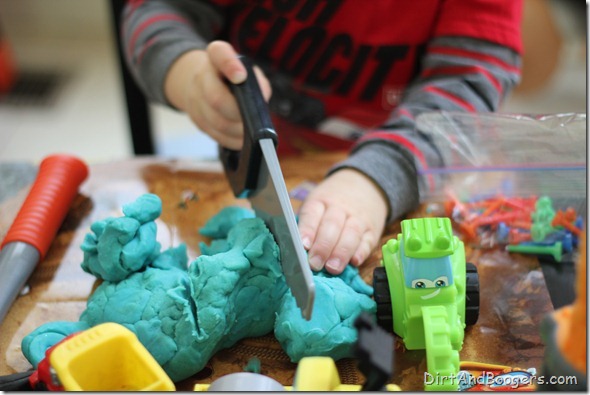 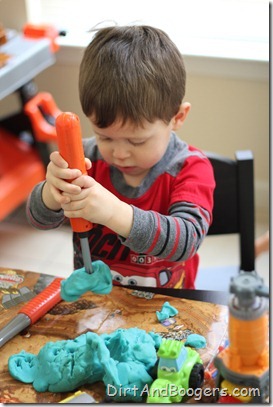 Later, J asked me to make a train with his playdough.  Really!?  A train!?  How in the heck was I supposed to make a train?  Then a stroke of brilliance!  Cookie cutters! 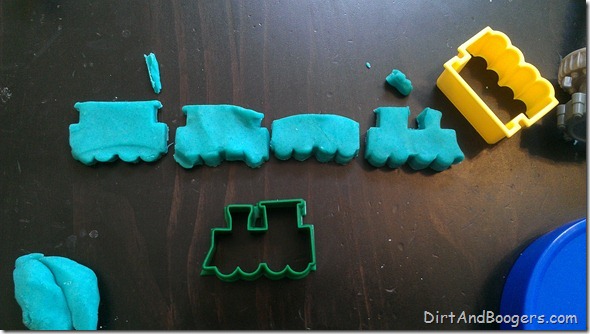 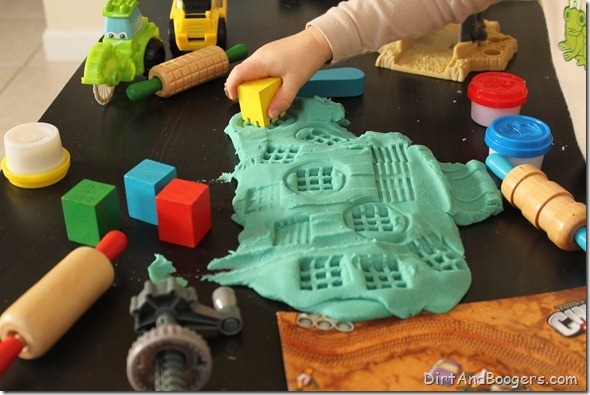 I am one of those “crazy Moms” who keeps the playdough out and available for J at all times.  The dough is in a baggie and held with the rest of his playdough toys in a plastic bin in his playroom.  He is learning that it has to stay in his playroom (which has a tile floor).

Having it available to him has encouraged him to play with it.  And has he played!  It has come out almost every single day since Christmas!  Got to love that!

How do your kids play with playdough?

Wanna see more?  Head over to our Facebook page!