“Never help a child With a task at which he feels he can succeed.” –Maria Montessori

Here I sit, on my soon-to-be three year old’s floor.  It’s almost his bedtime and I’ve had it.

I’m so frustrated in this moment, I’m having a hard time not yelling at my sweet son who’s currently doing some sort of flip flop, dancing moves to whatever soundtrack is playing in his head.

I swear he never stops moving.

“Come her kiddo, it’s time to get dressed.”

He comes and stands right in front of me, still dancing.  *sigh*

“Ok, be still, I need to take off your shirt, it’s time to put on pajamas.”

After about ten minutes of cajoling, asking him to help, and what feels like manhandling my preschooler, he’s finally dressed.

I’m exhausted, frustrated, and worn out.

This is the constant battle we’ve been facing over the past few months.  Either my husband or I would calmly take J upstairs and help him get dressed.

J thinks this is the best time of the day to jump, twirl, kick, run, play, and do anything but get dressed. It’s maddening for us!

We’d end up getting so frustrated that we’d yell, bribe, and force J to get dressed.  This is not how we want to interact with him and we knew something had to change. 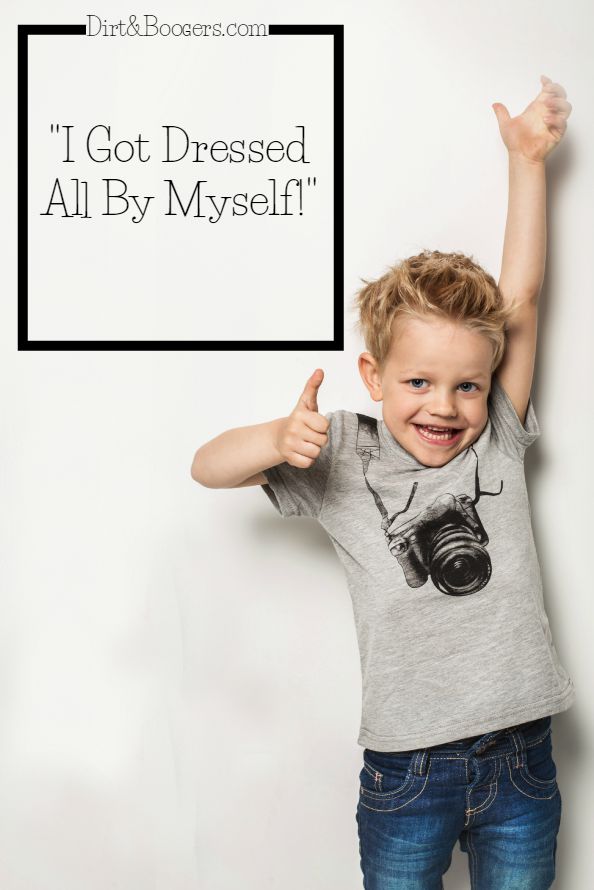 One morning I had to tend to Baby E, so I sat out J’s clothes and told him to try to get dressed by himself.  And wouldn’t you know…he did it!  Not only did he do it by himself, he did it quickly!

I knew from that moment on that my husband and I would no longer help him get dressed.  In order to do this I had to make his clothes accessible and easy for him to pick out his outfits.

When I fold laundry, I fold his outfits together.  Pants, underwear, and socks are all folded up around his shirt. The bundles are placed his a lower drawer in his dresser.

So, now when I send him upstairs to get dressed, he gets to pick an outfit that he wants to wear, and I know that they will match.

His pajamas are in a separate drawer with his pull-ups.

I introduced him to this system, and I immediately saw the excitement on his face.  “I get dressed myself?!”  I said “yes, dear you do.”  His smile went from ear to ear.

Apparently, this was something that he was excited to do on his own. 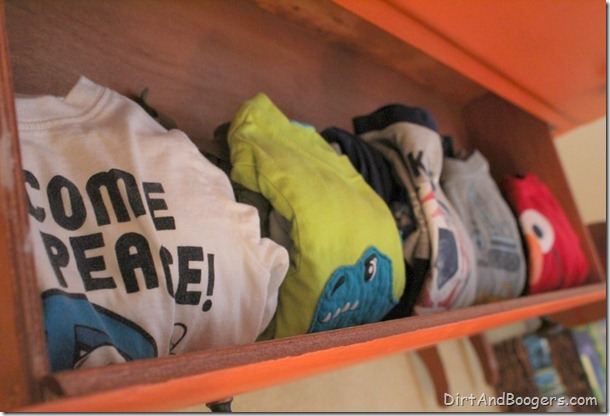 Now when it’s time to get dressed, we just send him to his room.

So much easier than the battles we used to be in.

He still needs help every once in a while and he’ll seek us out to get it.

He can sometimes get his clothes inside out and all jumbled up. But hey, he’s learning and gaining independence at the same time, skills that every preschooler needs. 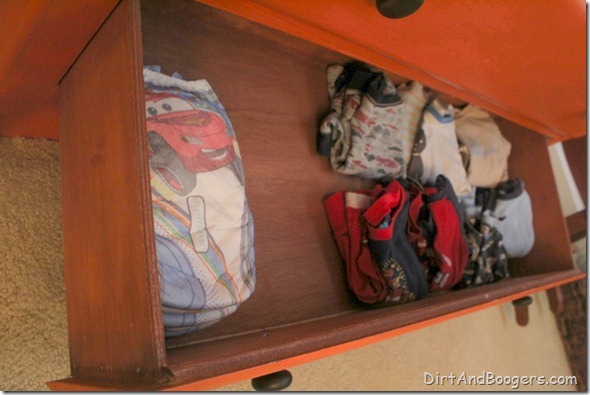 One thing that hasn’t changed is that he still takes forever to get dressed.  We have learned to give him a lot of time…like at least fifteen minutes.  He doesn’t always need it, but sometimes he does.

This keeps us from going to hurry him up and once again, getting frustrated at his ability to dawdle.

The best part of this set up is that my husband and I aren’t there to get frustrated at all the goofy shenanigans the kid gets into.  We get to sit together on the couch, instead of fighting with a 2 year old.   It’s really great!