One evening my husband was playing with J an ended up making him the best toy ever!  He made a Zoo out of Duplos.   It was one of those simple ideas that turned into something so much bigger.  J played with this zoo for 3 weeks before he finally took it apart!  Three weeks people!!  I don’t know about you, but nothing built out of blocks ever lasts that long around here! 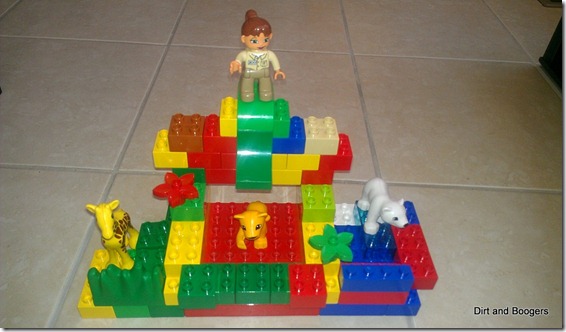 I am always so amazed at how the simple toys keep J’s attention the longest.  Seriously, a bouncy ball can keep him happy and giggling for hours!   This zoo is the perfect example.  It’s not flashy, it doesn’t make noise, it’s just a bunch of blocks and animals stacked together. 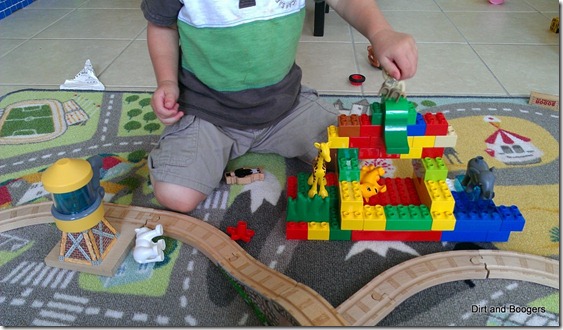 He loved placing the animals in the different “pens” and making the Zookeeper slide down the slide.  It was really neat to sit back and watch how he made all the animals and Zookeeper interact with each other.  They played together, ate together, and gave lots of kisses.

I was sad to see it taken apart after such a long time, but I’m sure that it will come out again….at some point.