J’s been noticing letters lately and will point at any letter he sees.  He doesn’t know all the letters yet and calls every letter either “s” or “o”.  I know he’s found letters when I hear “Essss…Ooooh…Essss” from the other room.  It’s either that, or he’s putting out some sort of distress call.

I’ve decided to take advantage of this interest and start doing some letter recognition games.

The first activity I did had to be a sensory box, because he loves sensory boxes!  I put together an alphabet sensory tray using magnetic letters and cornmeal.

I started out by spreading the letters in the bottom of the tray. 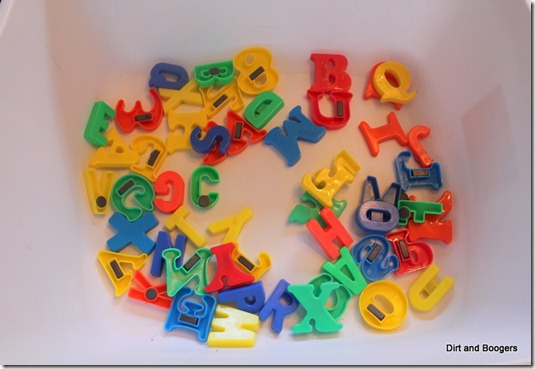 I then topped them with cornmeal and made sure all the letters were hidden. 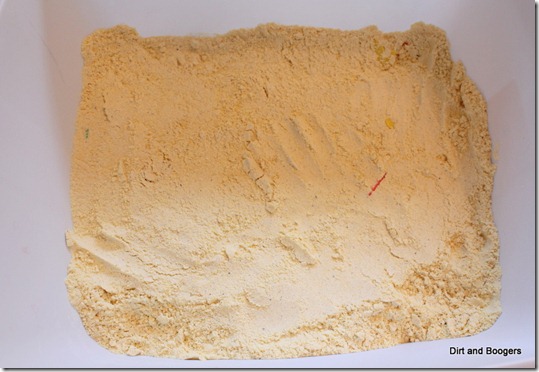 J went straight in and dug out the letters. 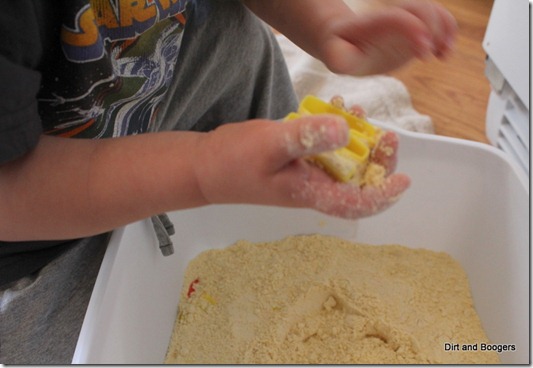 We then practiced saying the correct name for the letter as we placed them on the refrigerator. 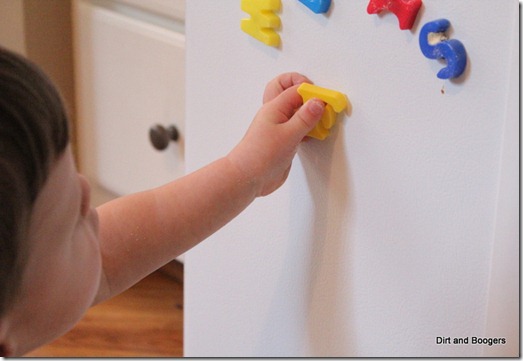 This was a fun sensory and early literacy activity for J.  Hopefully, he’ll learn a few more letters than just S and O!

How did you start teaching your child letter recognition?  I’m always looking for new ideas!