Lately we have been a bit obsessed with balloons around here.  Hey, I like them because they are super cheap, they keep both my kids busy and entertained, and I can join in the fun too!  The big plus is that they are great for hand eye coordination, gross motor skills, and problem solving. 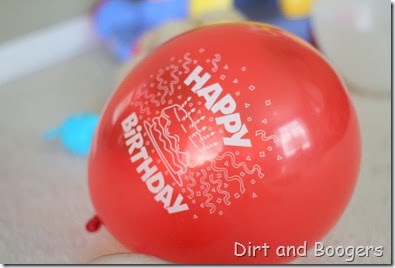 Most of the time, I just blow up a balloon and J hits it up in the air (over and over again) with little tennis rackets we got at the dollar store.  Let me tell you it’s serious fun!

But, I’ve also done a couple of other fun balloon play activities too. 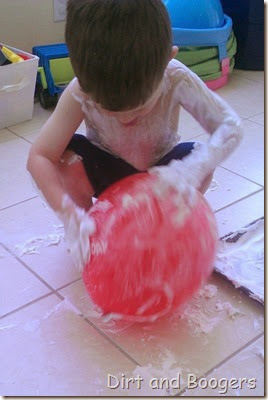 Confetti balloons – Another fun way of playing with popping balloons.  It’s really simple to do and oh so much fun!  Use a funnel to add confetti to balloons before blowing them up.  I gave J a bamboo skewer and had him pop them. 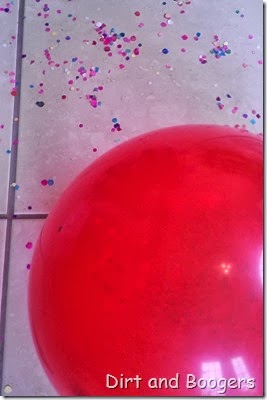 I know that popped balloons are a choking hazard, and that bamboo skewers can be dangerous. Remember to supervise your child and do whatever is comfortable with you.

Come by next week to see Baby E plays with balloons too!