Both Baby E and I have not been feeling very well this week, which leaves my 3 year old, J, as the only healthy one in the house during the day.  So I needed to find some great activities that would keep him busy while I dealt with a sick baby.

Pulling out this activity was a saving grace for us.  He played with it every morning and I was able to sit and try to feel better. 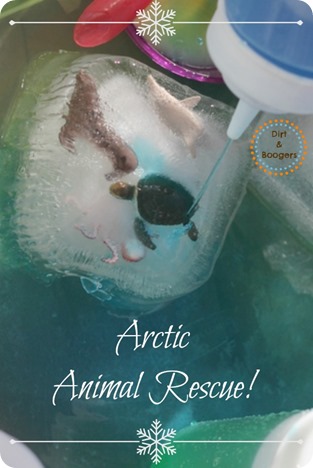 The invitation was easy enough, but you do have to prepare it a day ahead.  I put a few sea animals in small plastic containers and filled the containers with water.  I froze them in the freezer overnight.

When we were ready to play,  I filled up 4 squirt bottles with colored water, put some salt in a bowl with a spoon, added a hammer and a screwdriver, and placed it all in a big plastic container and added the frozen ice blocks. 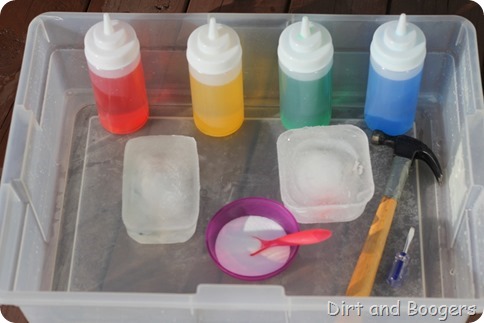 I told him that his sea animals were stuck in the ice, and I challenged him to get them out. 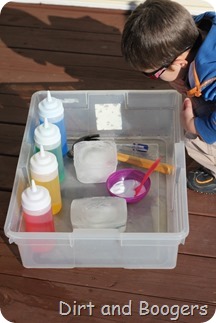 He wasn’t quite sure what to do at first and just looked at it.  I could see the wheels turning.  After a bit, he decided that he would start with the screwdriver. 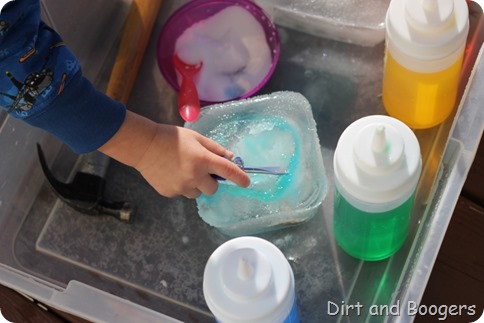 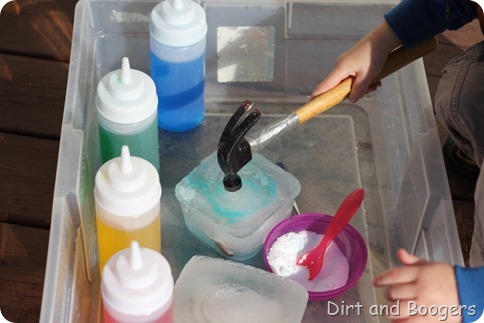 In the end, it was the colored water that freed those animals. 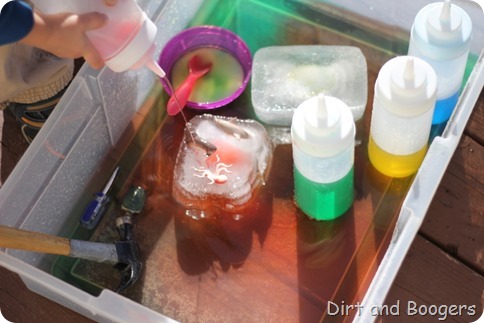 He really enjoyed watching the ice melt away and seeing his animals again. 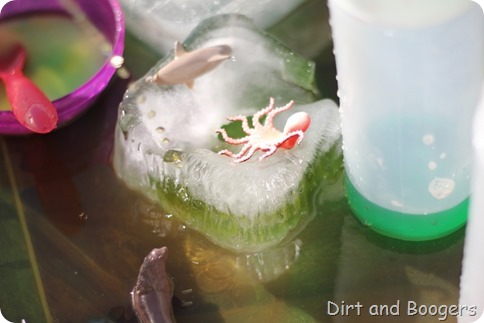 He made up stories about how his animals got stuck and how he was going to rescue them. 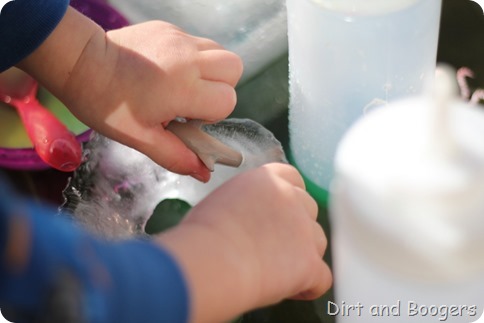 I’ve re-frozen his sea animals every night and he’s freed them almost every morning this week.  You know it’s a good activity when kids want to play with it more than once!

I like how he got to practice problem solving, both his fine motor and large motor skills, learn a bit about science, and get outside too.  I especially liked that it kept him engaged when I wasn’t feeling all that great.

Come on over to Facebook and Twitter…we’d love to connect with you there!